Moldy Nuts, is That a Thing? How To Remove Mold From Nuts?

If you’re reading this, you’re probably wondering if nuts may make you sick. Here are a few methods for figuring out how to get mold off nuts.

Moldy food can be identified by the presence of fuzzy spots that are green or white, as well as an unpleasant flavor and texture. Most individuals become nauseated just thinking about eating rotten food. Certain cheeses, for example, use molds that are known to produce harmful byproducts, despite the fact that some mold species are known to produce these byproducts.

Moldy nuts, is that a thing?

Let’s get this out of the way: I consume grains, seeds, and nuts, and will continue to do so after writing this essay. When it comes to food, I’m not going to scare the shit out of you, nor am I going to convince you that it’s all going to kill you. That’s not going to be of any benefit to anyone! That the food industry is trying to poison us or has a cover-up plan was not something I discovered. Quite the contrary, there is a great deal of research being done on this topic. This article’s real goal is to educate you on the dangers of eating nuts that have been incorrectly handled and stored, as well as the steps you can take to ensure that your food is safe to eat and keep. 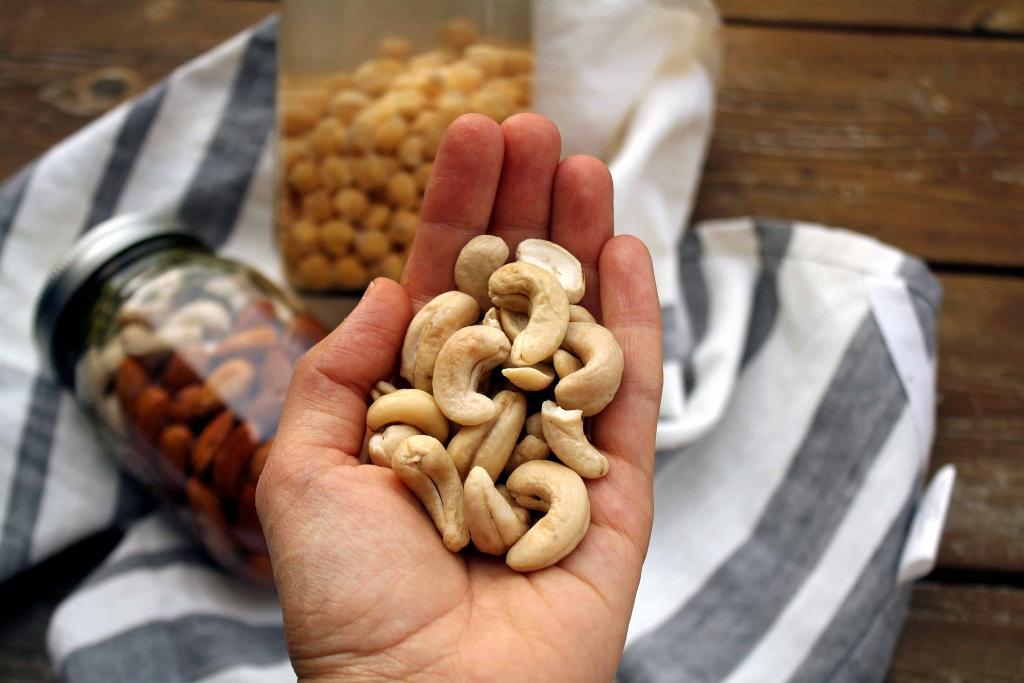 When I came across an article on this one day, I decided to look into it further. While eating oatmeal smeared in peanut butter, I was struck by this. Tree nuts, seeds, and grains can support a variety of microorganisms, including pathogenic and toxic fungal species, such as MOLD! As soon as I finished my breakfast and removed the spoon from my lips, I rushed to goggle! That’s when I realized google was not my buddy after reading some true facts about mold infestation in our beloved peanut butter that were published by real scientists.

Mold and mycotoxins, and why you should care!

Let’s start by defining a few terms so that everyone is on the same page. Mold is a type of fungus that feeds on organic material and moisture to grow. Some mold spores can synthesize (or produce) mycotoxins when the correct conditions are present.

Fungi colonies are formed and mycotoxin levels rise when these conditions are satisfied. Mycotoxins produced by mold are toxic to humans, despite the fact that mold might have negative health effects on its own. Cancer and immunological weakness are just two of the long-term consequences of their use.

One type of fungus that produces mycotoxins in food is known as “field fungi,” while another type is known as “post-harvest fungi” (storage fungi). if the producer handles the field fungi correctly, they disappear after harvest (by drying them). Assuming that our food is handled appropriately by the food producer and maker, field fungus should not be of concern to us.

The storage fungus, on the other hand, is something that we can at least somewhat regulate. That’s what we’re trying to get rid of. Whether or not storage fungi grow in this state is determined by physical factors like moisture (water activity), temperature, and damage. This is what we have to deal with. Here’s what you need to know about mycotoxins…

Why you should care about mycotoxins:

There are many different kinds of mycotoxins, but five main ones are found in food:

Some of the locations where they can be found and how they affect our health are summarized in the following table (it is not a complete summary by any means and is missing many nuts and grains but you get the idea).

As far as human health is concerned, fumonisins and aflatoxins—both of which are abundant in grains and nuts—are the most serious threats (Tournes et al., 2015). Aflatoxins have been classed as a class 1 carcinogen by the World Health Organization (WHO) because they interfere with the immune system, disturb the digestive and urinary systems, the reproductive systems, the brain system, and are mutagenic in bacteria (affected DNA).

Aspergillus, the mold that generates mycotoxin, has been detected in numerous studies that tested nuts for fungi, so don’t discount this mycotoxin as a rarity just yet. Mycotoxins can be produced by the nuts you consume every day, which means you could get sick from eating them!

How Do I Remove Mold From Nuts?

Some nuts are washed in warm air and then rapidly dried before they are eaten by some folks. Before they can be sold, nuts must pass a stringent safety test, but you should still take extra care to remove any mold from the nuts before eating them. 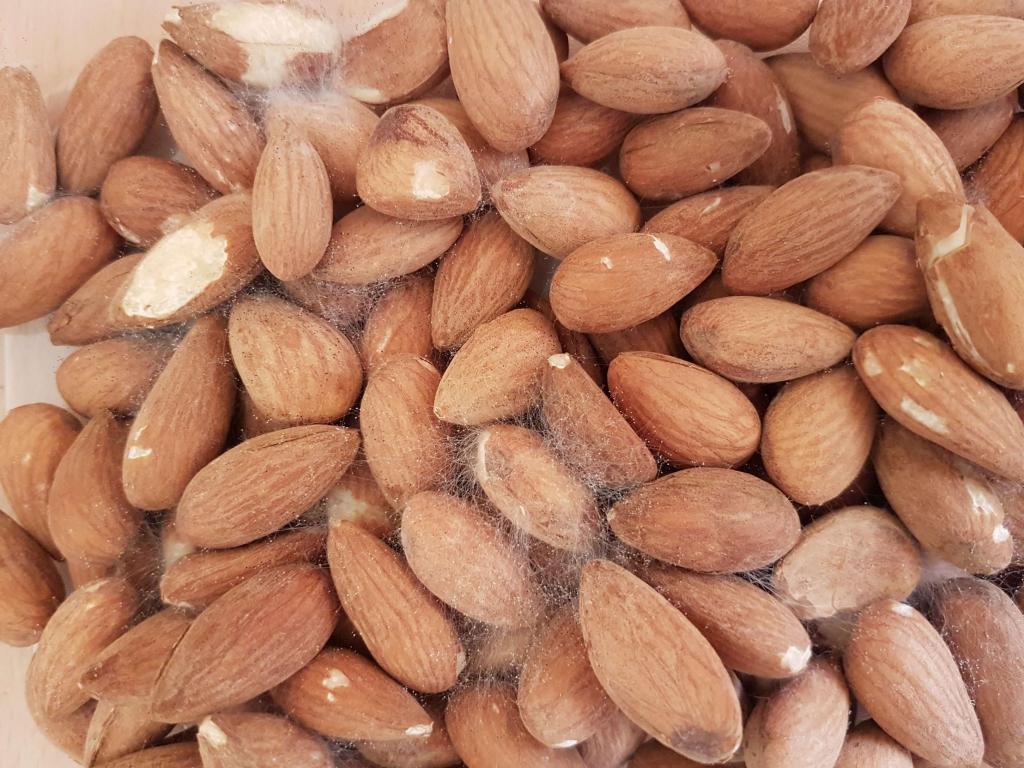 2. Rinsing and soaking to boiling water

If there is any mold or mycotoxins present, it will not totally eliminate them. According to experts, this is what you should do: We propose soaking for 24 to 72 hours in a solution of water and sodium carbonate. Mold spores can be effectively removed from a wide range of surfaces using a simple water wash.

Heat between 60 and 70 degrees Celsius is effective for destroying mold (140 to 160 degrees Fahrenheit). Boiling water is an efficient approach for killing mold. Remember that some molds create mycotoxins that can resist high temperatures, so even if you boil the mold, the poisons it produces will remain.

However, reducing the amount of mycotoxins present as well as their ability to replicate will be a huge step in the right direction. If you want to avoid mold, you’ll want to keep your home as dry as possible. It is critical that they be thoroughly dried.

People may think it’s best to avoid nuts entirely or consume them only in moderation due to dispute over the best ways for removing mold from nuts. Don’t squander your time and effort sorting, cleaning, drying, and storing high-quality nuts after you’ve done all that work.

As long as feasible, you’ll want to keep humidity, temperature changes, and damage to a minimum. Store in a glass container in the freezer or in a cool, dark place if possible.

Darkness It’s because sunlight’s ultraviolet (UV) rays kill most mold and spores that you don’t notice it growing outside.

As a result, if you’re on the lookout for mold, you’ll have to comb through all of the smaller spaces.

Mold can grow if there is enough water vapor in the air to support its growth. Ideally, the indoor relative humidity (RH) should fall between 30 and 50 percent, although this isn’t always attainable.

They are ruined if they show any of the following signs: kernels that have been over-dry and stained (off looks usually mean the nut is gone) mold found in the shipment (like with almost all other foods) the smell of rotting nuts: paint-like chemical or bitter smell, or a bitter taste (if they taste terrible, discard them)

How do you get rid of mold on nuts?

Even though it won’t get rid of all of the mold or mycotoxins that are lurking there. According to studies, the following is likely: 24-72 hours of immersing the body in an acidic mixture of salt and water (the gold standard) Mold spores can be effectively reduced with a simple water rinse.

Can mold be killed by cooking?

A temperature of 60-70°C (140-160°F) is sufficient to kill the majority of mold. To get rid of mold, boiling water is usually enough…. If you’re worried about the mycotoxins created by certain molds lasting through boiling, keep in mind that they may withstand high temperatures.

Which nuts are high in Mold?

Pistachios, walnuts, cashews, Brazil nuts, and pecans are the only nuts to which I experience an allergic reaction. These are also the nuts with the most mold, so be aware of that.

Is it safe to eat food with a little mold?

While mold can create hazardous mycotoxins in a wide variety of foods, mycotoxin levels in food are strictly regulated. … As a result, you should steer clear of moldy foods, especially if you have a mold allergy in your lungs. Even so, it’s unlikely that swallowing it will hurt you.

What nuts have no mold?

Although roasting peanuts for peanut butter reduces aflatoxin concentration significantly, heat is useless in the eradication of aflatoxins. … Aflatoxin is easily destroyed by oxidizing substances, such as hydrogen peroxide. 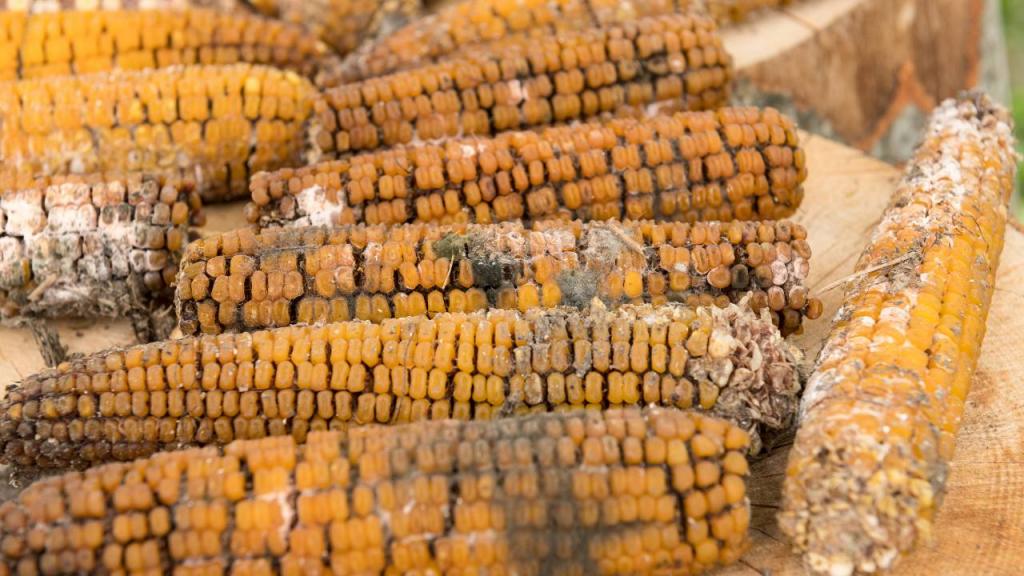 How much black mold can kill you?

For the vast majority of people, black mold will not kill them or make them sick. Black mold, on the other hand, can cause illness in the following groups: People of a very early age. People in their sixties and seventies.

Should I worry about aflatoxin?

Farmers are concerned that an aspergillus infection could weaken their plants to the point that they will be unable to produce as much food. … For people with pre-existing diseases like Hepatitis B, prolonged exposure to aflatoxin can cause liver damage or cancer.

At what temp does mold die?

A temperature range of 140-160°F (60-71°C) is necessary to kill most yeasts and molds. However, some molds produce heat-resistant spores and can withstand heat treatments in pickled vegetable products, such as sauerkraut. However, these molds need oxygen to thrive.

How do you get rid of aflatoxin?

Heat and gamma rays are the most popular physical means for removing AFB1. Thermo-stable aflatoxins are a major concern. Studies have revealed that heating to 100 or 150°C for 90 minutes dramatically reduces AFB1 levels by 41.9 and 81.2 percent, respectively.

Can bread mold make you sick?

If there are obvious spots on the bread, don’t consume it. Even though you can’t see the mold roots, they can quickly spread through bread. If you have a mold allergy, eating moldy bread could make you sick, and inhaling spores could give you respiratory problems.

Mold can be found almost wherever in the natural world. When it appears on food, it has the effect of speeding up the decay process. You can avoid future health hazards by learning how to eliminate mold from nuts. 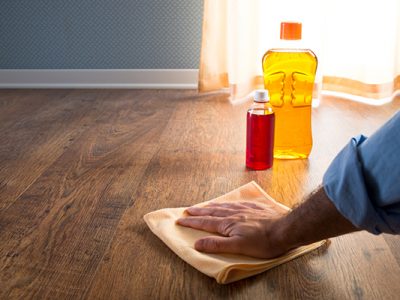 How To Polish Wood Floors Naturally? 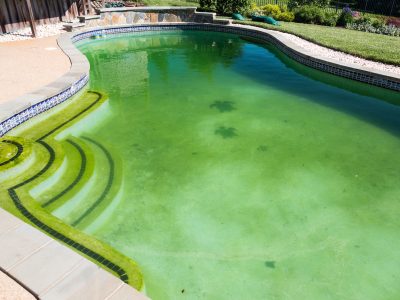 How To Get Rid Of Water Mold In Pool? Ultimate Guide 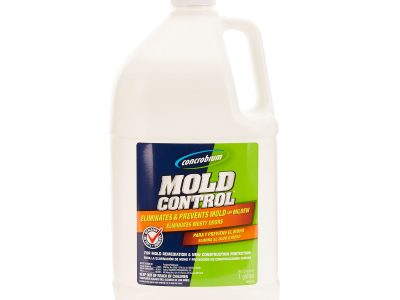 How To Use Concrobium Mold Control? 5 Easy To Follow Steps For You! 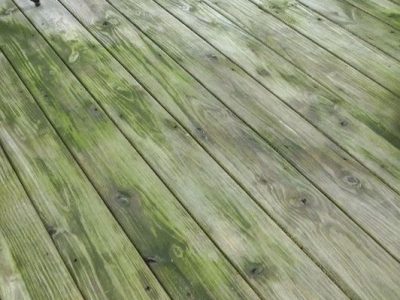 How To Remove Green Mildew From Deck? Ultimate Guide 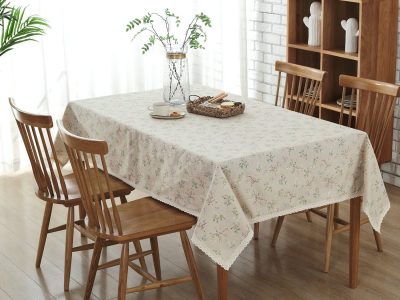 How To Get Mold Out Of Polyester Tablecloths? Comprehensive Guide 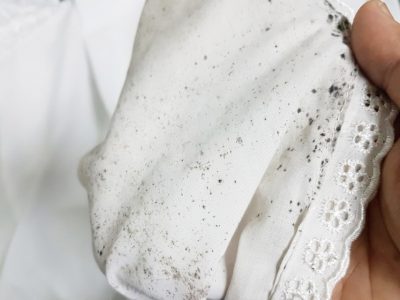 How To Remove Mold From Clothes? Comprehensive Guide 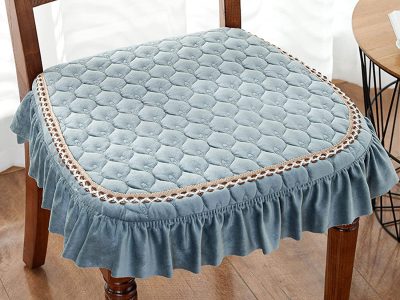 How To Clean Dining Chair Cushions? Easy To Follow Steps For You! 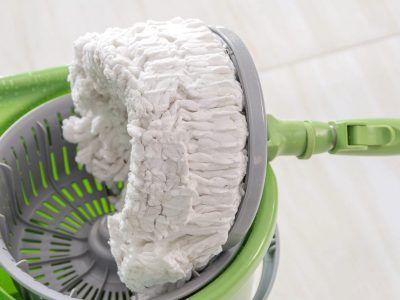 How To Dry A Mop? Special Tips and Tricks 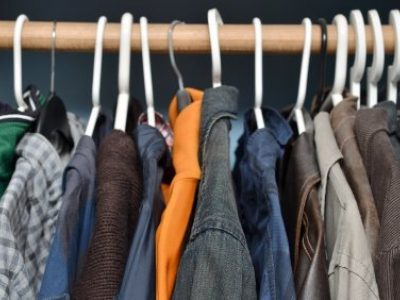 Tips To Prevent Mold Growth In Your Closet. How To Remove Mold On Closet or Shoes? 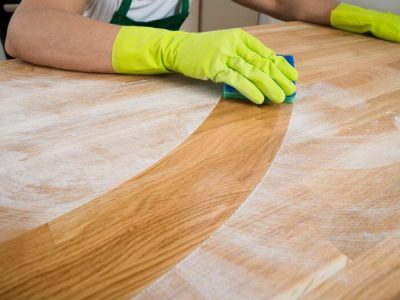 How to Keep Your Desk Dust Free? Complete Step-by-Step Guide

How To Polish Wood Floors Naturally?

How To Get Rid Of Water Mold In Pool? Ultimate Guide

How To Use Concrobium Mold Control? 5 Easy To Follow Steps For You!

How To Remove Green Mildew From Deck? Ultimate Guide

How To Get Mold Out Of Polyester Tablecloths? Comprehensive Guide

How To Remove Mold From Clothes? Comprehensive Guide

How To Clean Dining Chair Cushions? Easy To Follow Steps For You!

How To Dry A Mop? Special Tips and Tricks

Tips To Prevent Mold Growth In Your Closet. How To Remove Mold On Closet or Shoes?