Sears is where the origins of this sewing machine may be traced. Sears and Roebuck expanded their product line to include a variety of goods, including sewing machines, after the two companies merged. The Sears & Roebuck model was nearly identical to the Minnesota model. 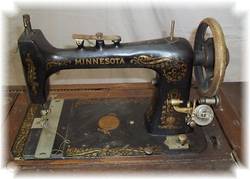 Almost all of Sears & Roebuck’s sewing machines were supplied by the Davis firm between 1900 and 1912. Sears & Roebuck introduced and offered the Minnesota model during this time.

Both Davis and Domestic have long since gone out of business, thus it is impossible to tell which firm manufactured the majority of Sears’ Minnesota sewing machine models.

There were intended to have been two models of the Minnesota K: one built by Sears, and one made by Domestic. After acquiring Domestic in 1926, the White Sewing Machine Company quickly phased out the Minnesota model by the early 1930s.

In the history of sewing machines, the Minnesota Sewing Machine Company has never existed. Unless there is a small company that hasn’t had an impact on the industry or a family-owned business that does repairs and retail sales, this assertion holds true.

There is no mention of Minnesota Sewing Machine Company on any of the listings we’ve checked, including our own list of sewing machine manufacturers.

Because of this, the manual for the Minnesota sewing machine may have been created and published by a different sewing machine firm, rather than an independent one.

What Year Was the Minnesota Model A Sewing Machine Made?

This sewing machine was in production for a long time. Between 1900 and roughly 1930, it was produced and hailed as a superb machine. In order to avoid any confusion, the gold print on the machine’s face includes the letter A.

All of these businesses were involved in the production of this model over the years, including Davis, Domestic, and White sewing machine companies. They did so because Sears & Roebuck appears to have been the only retailer to carry this particular model.

If you’re looking for a solid oak cabinet, you may have to go to a sewing machine museum to find one that’s still around. 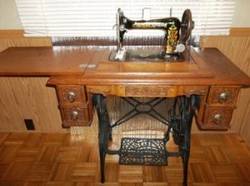 This machine’s original sticker price was probably approximately $20. As a mail-order store, Sears & Roebuck could keep prices low since it did not have the same overhead costs as other merchants.

We’ve seen prices ranging from $100 to $250 depending on the seller and the condition of the item. The figures we’ve seen are primarily for the A model, and the worth of most Minnesota sewing machines will be contingent on whether the machine is packaged in a simple cabinet or a highly ornate case.

One tidbit of trivia: Mr. Sears named the sewing machine Minnesota because he was born and raised in the state. It was changed to “Kenmore” after World War II, when the name was no longer in use.

These serial numbers came from this website, which is the only source we have so far.

For their Minnesota sewing machines, we visited the same website but found no Domestic serial numbers. If those lists are still available, it will take some digging to find a solid one from each of the three companies. 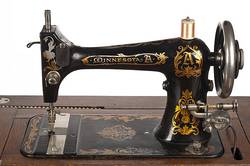 You couldn’t miss it on the arm of one sewing machine because it was right in front of your face. It was positioned on top of the base, right under the arm, in a somewhat smaller badge with a slightly different design.

In good functioning form, the machine should be worth roughly $250, including the cabinet. Despite its simplicity, it was based on a Singer sewing machine. Many of the early sewing machine manufacturers copied Singer’s best models and design features directly..

For some reason, they decided to make a model B instead. The state’s name was prominently displayed on the arm, but the letter B was tucked down near the hand wheel on the torso. Underneath the arm, the middle of the base was inscribed with the letter B.

The spool of thread was moved from the back of the machine to the center of the top of the arm in the model A. The fact that it was powered by a Kenmore brand motor makes it potentially one of a kind. After World War II, the name was officially adopted as the official one. It had only been in use for a short time before to then.

However, this does not imply that the machine was a post-war product; rather, it allows dating the unit to an earlier time period easier. By 1926, the company that built the machine, Davis, had gone out of business. 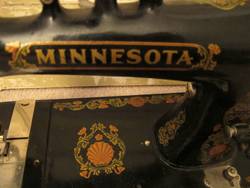 The spool pin was returned to the back of the machine adjacent to the hand wheel, which was the only noticeable difference from the Davis Model M sewing machine.

Like the Model A, the letter C is located at the rear of the device, however this was not always the case. The Model B spool has been replaced by an interesting innovation on the Model C, although its purpose is obscure due to the lack of an instruction manual.

The C, like its predecessors, included a box of accessories. The bobbin winder was located in the same spot on all three models, and the hand wheel appears to be made of varied materials and colors.

According to Etsy, there is a 1928 Model H manual available for sale. If this is the case, the machine was not built by Davis, but rather by a domestic manufacturer. The loss of Sears & Roebuck, the company’s most important customer, led to the company’s demise in 1924.

For example, comparing images, it’s difficult to see where any improvements were made because both C and H look very similar. The machine’s spool pin is located in the back.

They all had varied designs that were employed on various versions, as seen in the photographs of each machine that we’ve seen thus far. This is due to the fact that Sears had precise requirements for the sewing machines they sold.

Minnesota models may look different if they were sold to a Davis or Domestic merchant that no longer carries them.

Described as a hand crank treadle machine, it was made by hand. The previous model and this one were virtually identical in terms of appearance. It also had the Model C middle of the top feature and the spool of thread at the back.

The C and E editions of this model’s manual are also included, indicating that there were few modifications made to this model. To give you a head start, here is a link to the sewing machine manuals for models C, D, and E.

The Davis Sewing Machine Company also produced the D and the E. It’s difficult to put a value on these computers because many of them are no longer in good operating shape.

When we entered in the Minnesota model number, we found a firm that specializes in treadle machine parts, and they did indeed have some parts in stock. Sewing machines made in Minnesota can be found for sale at the store. You’ll have to determine whether or not the price is reasonable for you.

Etsy and eBay each have several for sale. As these components sell quickly and frequently, you would need to visit their various websites and search in Minnesota sewing machine parts to see what is available.

Model A sewing machine parts predominated on eBay. Although some parts may be sold on Craigslist, you should use caution when contacting with vendors through that classified ad.

More possibilities can be found by an internet search, some of which may be in your own neighborhood. Sewing machine repair businesses and antique stores should be contacted as most of these machines were created more than a century ago.

An electronic version of the manual is available at the following website. The one on Pinterest appears to be downloadable. The page can be found by clicking this link. However, neither Minnesota nor Davis appeared on the manual’s go-to website.

In addition to ISMAC, the three firms that were known to produce this model of sewing machine didn’t have any information on it. You may find the Model B manual on Etsy at this link.

It may be more difficult than it appears to track down a manual for this particular sewing machine model. Although eBay generally ranks among the top 10 search results, this time the site did not appear at all.

We recommend that you keep an eye on the various websites to see whether one becomes available at any given time. Online copy sales are a great way to make extra money if you have a lot of hard copies of your work.

Clearly, the Minnesota sewing machine was a product of a mail-order corporation that eventually became a retail juggernaut. No independent sewing machine firm of the same name produced this device. As long as they’re decent machines, it doesn’t matter.